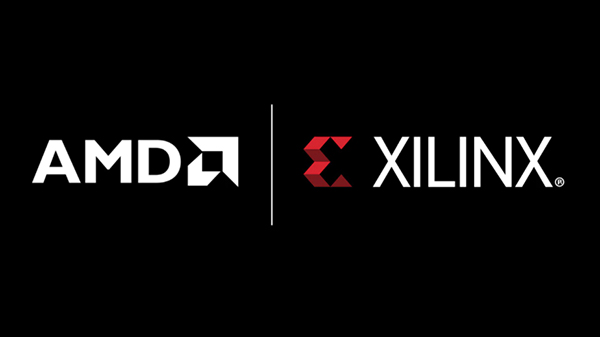 Simulation of Ultrasonic Non-Destructive Testing of Composite Materials
This white paper provides an overview of how different NDT techniques can be modeled and...
Components Resources

This morning, AMD announced its intent to buy programmable chipmaker Xilinx in an all-stock transaction valued at $35 billion.

“The combination will create the industry’s leading high performance computing (HPC) company, significantly expanding the breadth of AMD’s product portfolio and customer set across diverse growth markets where Xilinx is an established leader,” according to AMD.

AMD's product portfolio is primarily made up of CPUs and GPUs. With the acquisition of Xilinx, the company is posed to add a healthy collection FPGAs (field programmable gate arrays) and Adaptive SoCs (systems on chips) to its offerings.

With the work station market facing stiff competition from mobile devices, tablets, and virtualization, leading chipmakers—Intel, NVIDIA, and AMD—are looking at the emerging HPC markets to replenish their lost grounds. One area of growth in HPC is the use of AI (artificial intelligence) or machine learning, especially in autonomous vehicle development. The amount of processing power such applications demands, translates to new sales for processor vendors such as Intel, NVIDIA, and AMD.

“Our acquisition of Xilinx marks the next leg in our journey to establish AMD as the industry’s high performance computing leader and partner of choice for the largest and most important technology companies in the world,” said AMD President and CEO Dr. Lisa Su.

AMD's rival NVIDIA has made acquisitions as part of its strategy to bolster HPC offerings. Last year, NVIDIA purchased Mellanox, an interconnect solutions provider, adding a critical component to its HPC business. Earlier this year, NVIDIA snatched up its long-time partner Arm, aiming to raise its profile in the AI market.

As a semiconductor maker, Xilinx serves markets unconnected gaming PCs and workstations, whcih have historically been the CPU and GPU makers' lifeblood.

“Our leading FPGAs, Adaptive SoCs, accelerator and SmartNIC (network interface card) solutions enable innovation from the cloud, to the edge and end devices,” said Victor Peng, Xilinx president and CEO. “Joining together with AMD will help accelerate growth in our data center business and enable us to pursue a broader customer base across more markets.”

Such chips are a critical part of IoT-type solutions and connected field devices capable to transmitting data, betting on 5G connectivity to offer more capabilities. Bringing Xilinx onboard lets AMD secure a position in the markets for edge devices and data center components.

“I'm not big on M&A (merger and acquisition). We don't do M&A for M&A's sake, but this is such a unique opportunity,” said AMD's Lisa Su on a call with the investors this morning. “There actually is no better match for us in the industry than Xilinx.”

“We have common visions not only in the data center business but also in the end-point and edge business,” said Xilinx's Peng on the same call.

The two expressed an interest in combining thier respective software development energy to develop a programming environment that can rival NVIDIA's CUDA.