Inaugural image competition showcases top simulation innovations and how customers and students are using Ansys to engineer what’s ahead.

Inaugural image competition showcases top simulation innovations and how customers and students are using Ansys to engineer what’s ahead. 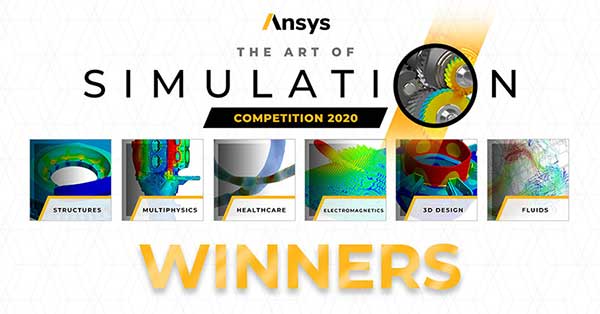 The competition sought from Ansys software users their most aesthetically pleasing simulation images to exhibit how art emerges from science. Image courtesy of Ansys.

MATLAB® toolbox for Cloud Engineering Simulation with OnScale
Join us for an introductory webinar on how to get started with the MATLAB® toolbox...
Multiphysics Resources

The six winning entries of the first annual Ansys Art of Simulation competition showcase how engineers are using Ansys’ simulation solutions to solve critical engineering challenges. The competition, which was launched to commemorate the company’s 50th anniversary, asked Ansys software users to share their most aesthetically pleasing simulation images to demonstrate the art that emerges from science.

The winning images range from the radiation patterns of the most complex fighter aircraft radar system to an analytical approach to improving kidney dialysis.

Internal judges narrowed down more than 200 submissions to select finalists across six categories for public voting. More than 3,600 votes were cast across the categories of 3D design, electromagnetics, structures, fluids, health care and multiphysics.

Tamás Büki, CTO at YourAnastomosis, simulated the changes occurring in the walls of an artery used for kidney dialysis to better understand the changes seen during microscopic analysis of the artery tissue. 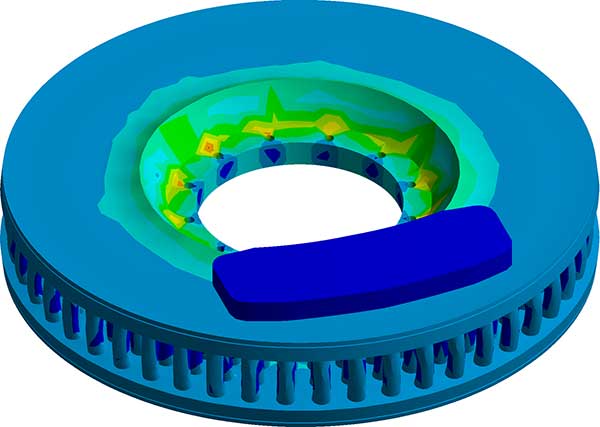 Winner: Boukhssas Salim, of the Mohammadia School of Engineers in Morocco, studied the structural deformation of a train disc brake. All images courtesy of Ansys.

Boukhssas Salim, a mechanical engineering student at the Mohammadia School of Engineers in Morocco, studied the structural deformation of a train disc brake to minimize brake distortion during operation and improve safety. 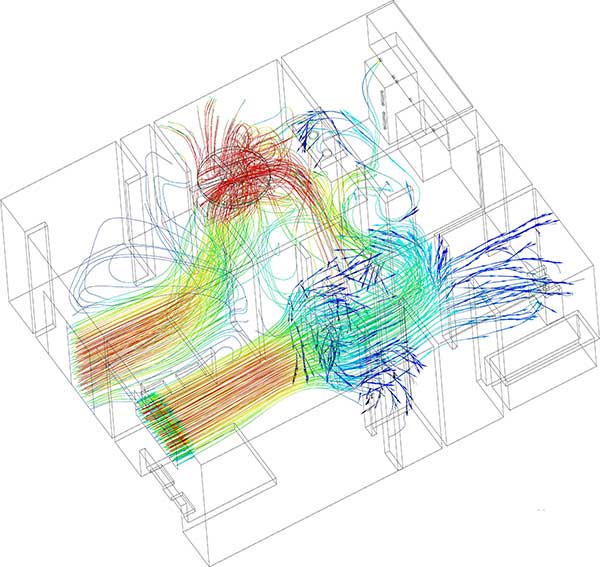 Rituja Kulkarni, of the University of Cincinnati, analyzed the airflow in her apartment via simulation.

Rituja Kulkarni, CFD research assistant at the University of Cincinnati, analyzed the airflow in her apartment by simulating the wind entering through a window and balcony door, along with the effect of a rotating ceiling fan. 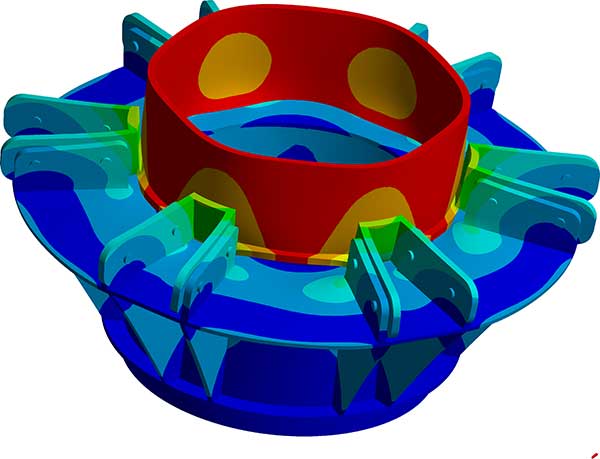 Alexander Shalaby, a microwave design specialist at Meggitt Airframe Systems, simulated the radiation pattern of an active electronically scanned array radar with more than one thousand elements behind the nose cone of a fifth-generation fighter aircraft. 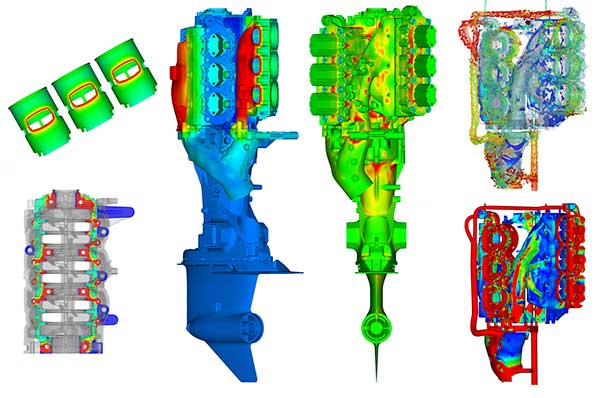 Rahul Singh, of BRP, used multiphysics simulations in the development of a outboard marine engine.

Rahul Singh, an engineer with BRP, used multiphysics simulations to account for heating, cooling, pressure and fatigue in the development of a 300 horsepower, two-stroke outboard marine engine.

“We were overwhelmed by the artistic expression of the images that emerged when engineers used simulation to solve their toughest challenges,” says Lynn Ledwith, vice president and chief marketing officer at Ansys. “This first year of the Art of Simulation competition was a tremendous success in terms of the number of high-quality submissions we received worldwide. The images showcased not only the winners' technical achievements, but also captured the beauty, art and imagination of their work.”

View the Ansys Art of Simulation web page to see the winning images and learn more about the competition.