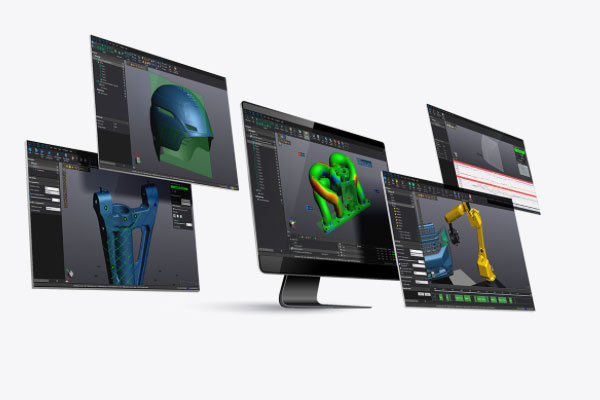 “This new software offering sets new standards in metrology, inspection and reverse engineering. We aimed to deliver a unique, differentiated and cutting-edge set of tools that works in complete synergy with the entire fleet of Creaform 3D measurement solutions,” says François Lachance, product manager—Software at Creaform.

Following are some of the new features and benefits found in VXelements 10.

A new cloud licensing system has been implemented to facilitate license sharing between users of a given company. It is now easier to maximize software investment by increasing cooperation between team members, making collaborative projects simpler and faster.

End users can now import and use multiple CAD models in VXinspect for added flexibility. This in turn facilitates working with symmetrical objects.