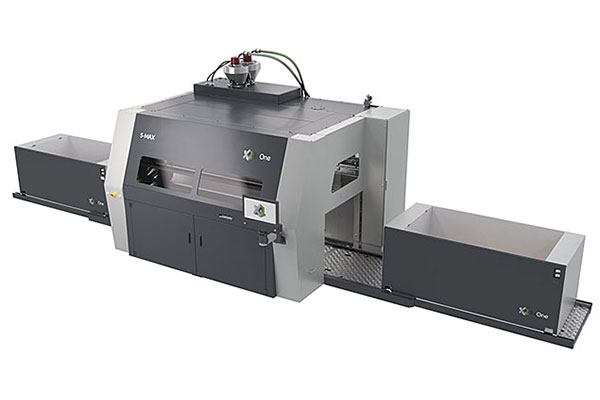 Desktop Metal ExOne S-Max Flex is a new sand 3D printer for casting applications. It is the first new sand printer delivered by ExOne since it was acquired by Desktop Metal, and uses technology from both divisions. Image courtesy of Desktop Metal/ExOne.

The company says this 3D printer has applications in foundries for quick casting of complex metal parts for such industries as aerospace, automotive and energy.

ExOne says the S-Max Flex will allow foundries of all sizes to offer quick turnaround times on high-quality sand molds and cores, regardless of complexity. Such an innovation would largely eliminate the need for traditional core production and assembly, including all the labor, scrap and complications that accompany sand casting production. 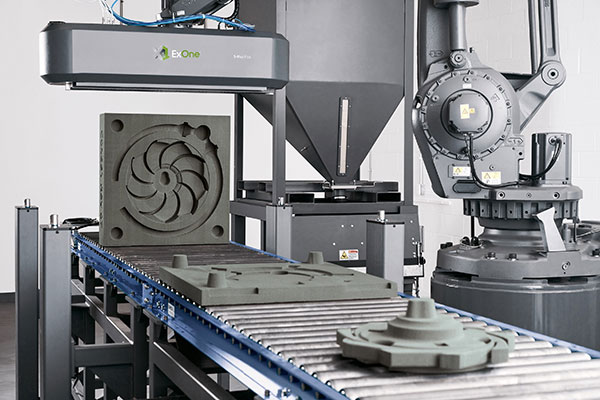 This 3D printer is said to have applications in foundries for quick casting of complex metal parts for industries including aerospace, automotive and energy. Image courtesy of ExOne/Desktop Metal.

The new printhead features a mount design that ExOne says eliminates calibration and alignment challenges. The robotic arm used to guide the printhead can position itself with accuracy better than 100 micros in XYZ space.

The S-Max Flex is a turnkey system, ready for production. It comes with Desktop Metal Fabricate MFG software to aid users in build box nesting and advanced slicing features to dial in tolerance.

The S-Max Flex was introduced at CastExpo in April. For more information about price and availability, contact ExOne directly here.