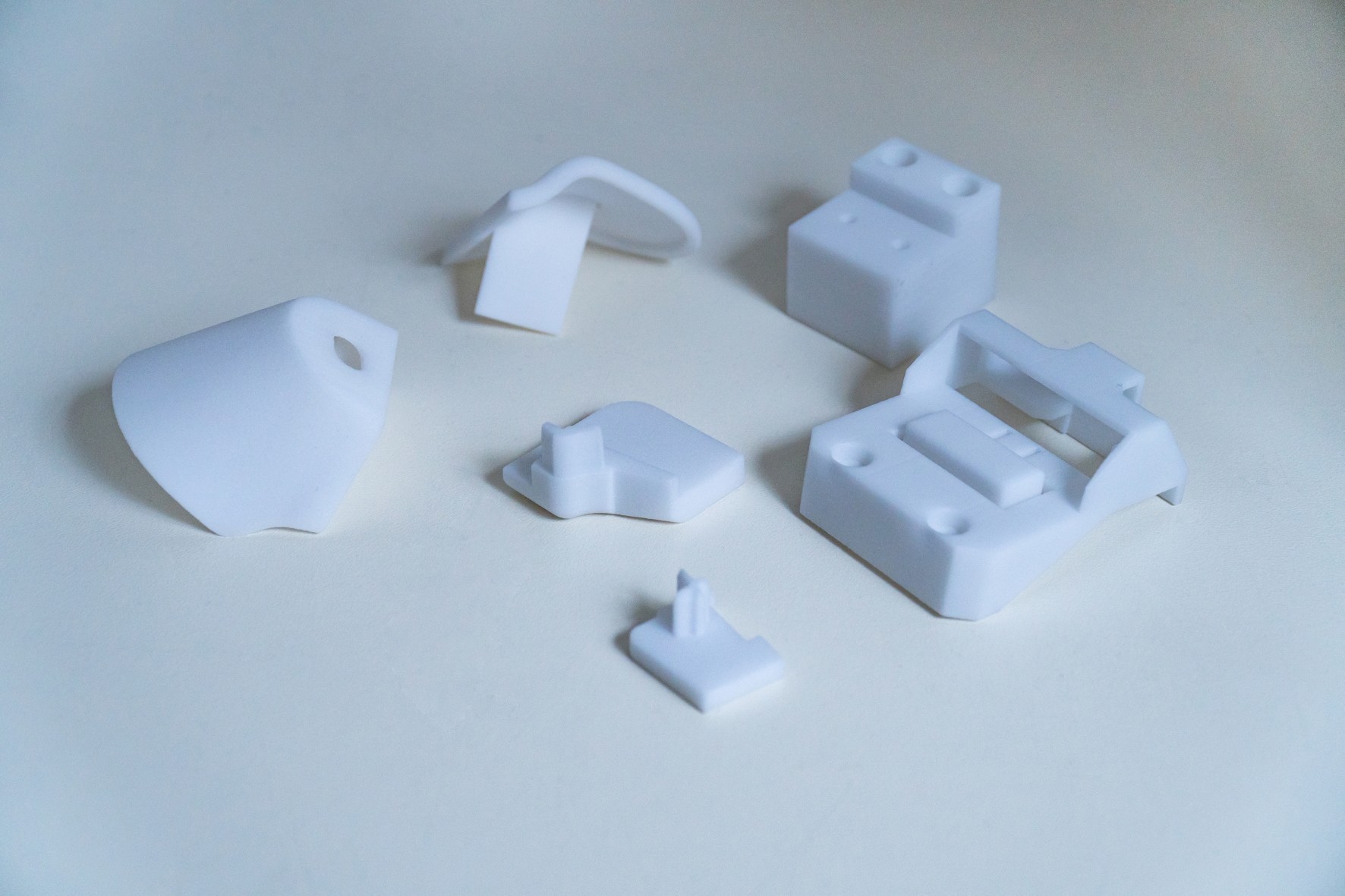 Achieving Top Quality and Speed, in Simulation for Crash Test Dummies
Designing occupant friendly interiors that meet requirements in both safety and style, necessitates the extensive...
Post-Processing and Finishing Resources

Additive manufacturing has become a core competency of Knaus Tabbert AG, a manufacturer of recreational vehicles, as it continually looks to advanced technologies to improve materials and streamline its motor home and caravan designs. Yet despite its commitment to 3D printing, Knaus Tabbert, like many manufacturers, found post-processing tasks to be onerous and an on-going barrier to efficient production.

The German-based company has been leveraging 3D printing technologies for some time, both to create prototypes of parts as well as to produce standard components in volume, including a bracket for an alarm system as well as a hinge mechanism for a swing-out shower stall featured in one of its motor homes. Despite the myriad advantages of 3D printing, the post processing tasks were challenging, particularly the requisite de-powdering and cleaning tasks associated with PA 12 components produced by powder bed printing systems, according to Mario Meszaros, development engineer at Knaus Tabbert.

Historically, Knaus Tabbert had tackled the de-powdering and cleaning of the PA 12 components manually, with operations performed in a blast cabinet—a process that demanded a lot of labor and time. Another barrier to long-term production use was the reality that the post-processing procedures turned out highly erratic and inconsistent parts—a scenario that prompted Knaus Tabbert to seek out an automation solution that would streamline and standardize post-processing operations.

Knaus Tabbert found its answer in AM Solutions, a Rösler group division focused on 3D printing post-processing technology and applications, and specifically, the S1 shot blast machine. The S1, designed for the post processing of parts from powder bed-based polymer 3D printing systems, performs both cleaning and surface finishing in a single self-contained unit. To switch between post-processing procedures, all that is required is a simple change of the blast media—for example, from glass beads to plastic spheres.

Key to the S1’s operation is a basket that rotates during the finishing process, allowing for easy loading and unloading of the components. The constant rotation of the work pieces during the cleaning process ensures repeatable and consistent results, AM Solution officials claim. Moreover, with the basket remaining in the machine housing during the entire process, powder spillage is deterred or completely eliminated, officials say.

The surprisingly short cycle times and the uniformity of cleaner and more consistent processes has resulted in better quality parts, faster turnaround time, and fairly quick amortization on the purchase of the S1 system, Knaus Tabbert’s Meszaros contends. Based on his ROI calculations, the manufacturer will have achieved a return on investment of the system after roughly two years of usage, based on a limited projection of three print jobs a week. “It is safe to assume that the quantity of the 3D printed components will increase significantly,” Meszaros says. “This will drastically reduce the amortization period.”

Knaus Tabbert is also taking advantage of the S1’s ability to automatically monitor and record all relevant process parameters, which ensures more consistent quality and operation. Because the parameters are continuously monitored during the printing process, any deviations are flagged, giving production floor operators and engineers a chance to correct quality issues before moving ahead too far into the production process.

To get a deeper dive into how AM Solutions’ 3D post-processing technology works, check out this video.