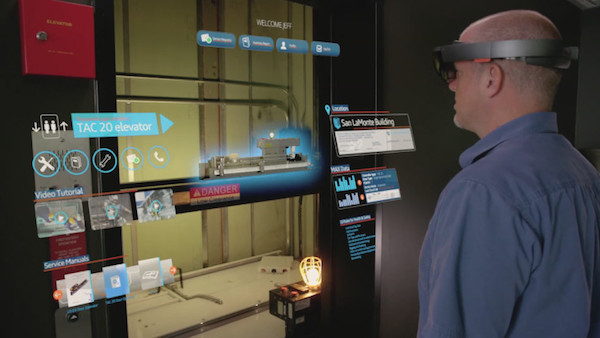 AR, MR or VR: Which Technology is Right for your Engineering...
Augmented, Mixed or Virtual Reality? This is a key question. You will need to understand...
Bricsys Teams Up With VREX to Accelerate Virtual Reality Workflow
Companies on a mission to boost to VR workflow.
Varjo’s Urho Konttori on Streaming VR
Varjo's founder and CEO explains the implications of cloud-based content delivery
A Tale of Two Laptops: HP ZBook Fury 15 G8 mobile workstation
DE looks at two configurations of HP’s top-of-the-line 15-in. mobile workstation.
More Virtual Reality

Technology Focus: Augmented/Virtual Reality
In this Special Focus Issue, our writers take a look at the evolution of AR/VR for design....

As the father of a military and commercial airline pilot, I am aware of the amount of time my son spends each year in expensive simulators, learning how to deal with emergency situations that everyone hopes never actually happen. This type of training helps make flying the safest way to travel.

My son wanted to be a pilot from a very early age, something that I attribute in part to his fascination with Microsoft Flight Simulator, which I installed on our family PC back in the 1980s, when I started to use AutoCAD. I saw Flight Simulator as a game. He saw it as what it really was: the first instance of real-world training gamification.

But what about training for people in other professions? Several years ago, at the SIGGRAPH 2018 conference and trade show in Vancouver, Canada, I saw firsthand how virtual reality (VR) can be used to improve workplace safety.

In that eye-opening experience, I first learned about Pixo VR, a company that had made the move from developing video games to creating training to improve workplace safety. Pixo VR had set up one of its training simulators in a corner of the HP booth at SIGGRAPH. 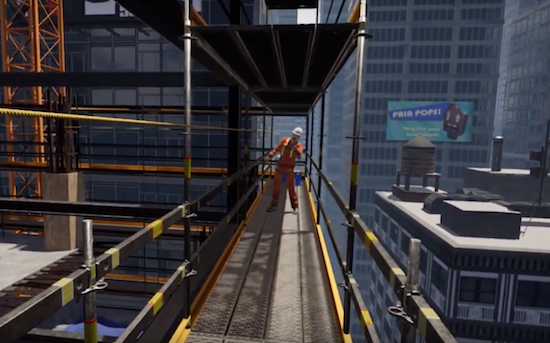 Despite the fact that I knew I was standing in the middle of a convention center, once I donned the HTC Vive VR headset, the sense of falling 60 stories  after the construction scaffolding I was  standing on collapsed was quite unnerving.

“VR provides an opportunity for people to train in environments that otherwise are impossible, far too risky, or far too expensive,” says Sean Hurwitz, Pixo VR founder and CEO.

Creating a Culture of Safety

Fourteen people leave their homes each day for work and never come home again. According to National Safety Council (NSC) data, preventable workplace deaths in the U.S. have been on the rise for three years in a row.

A total of 713 workers fell to their deaths in 2017. The NSC is now in the middle of a $500,000 research project to study the effectiveness of VR and augmented reality (AR), among other technologies, for reducing workplace fatalities.

Although sales of VR headsets have faltered for gaming and entertainment, spending on VR and AR headsets for training is expected to reach $2.2 billion by 2022. 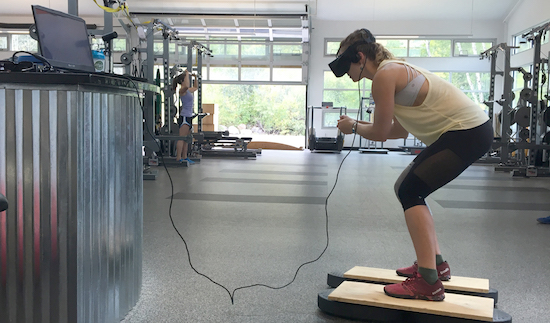 One study found that students had 30% better knowledge retention 2 weeks after learning with VR as opposed to traditional education methods.

“There’s a whole bunch of research that shows that if you interact with something in three dimensions, as opposed to just looking at it on a piece of paper, you understand it much more profoundly and fundamentally,” says Greg Sullivan, Microsoft Mixed Reality director of communications. “It’s just the way that our brains are wired.”

Pixo VR is not the only company using VR and gaming technologies for simulated hands-on training. Trimble Connect for HoloLens uses mixed reality for site productivity by providing precise alignment of holographic data on the job site, enabling workers to review their models overlaid in the context of the physical environment.

Thyssenkrupp Elevator has equipped its 24,000 elevator safety technicians with Microsoft HoloLens AR headsets to enhance worker safety and improve productivity. Instead of carrying a laptop into the field, technicians can use HoloLens to work hands-free, accessing an exploded 3D view of the elevator to see which part is causing a problem, and even using Skype to call a subject matter expert who can see what the technician is seeing, helping resolve issues without having to make multiple trips into the field.

Examples of AR/VR use abound—consider the following. Chevron technicians wear HoloLens for making otherwise precarious oil refinery repairs. The U.S. Army has turned to AR and VR training. Microsoft recently signed a two-year $480 million contract to deliver up to 100,000 HoloLens headsets for use in combat missions and training. NASA uses HoloLens to help train astronauts. Samsung Gear VR headsets are being used to train workers on new production lines at Magna’s automotive parts manufacturing plants. These are just several of many examples of use.

Getting Better at Work and Play

STRIVR was founded by a VR expert and  football coach looking to give his players a competitive edge. Stanford University and its football team were the testing ground for the STRIVR product. The company’s technology gives athletes unlimited reps in a realistic environment. Today, STRIVR is bringing immersive VR training to the NFL and the U.S. Olympic Ski Team. 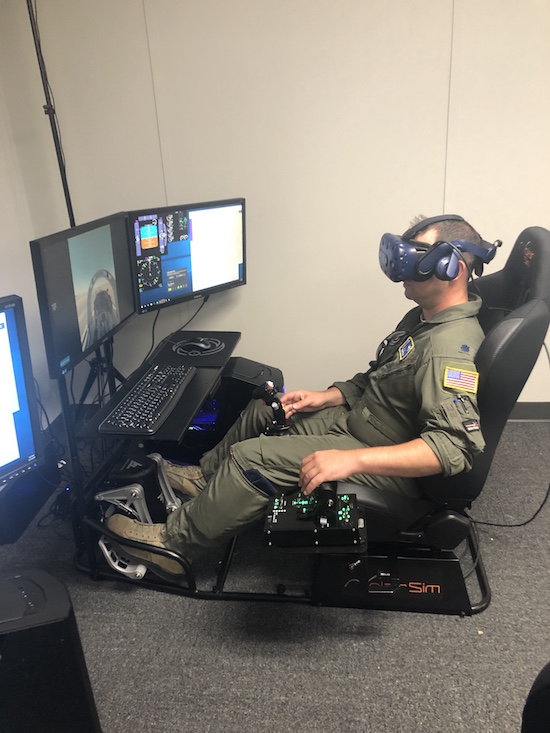 Since I first encountered Pixo VR at SIGGRAPH, the company has added other training scenarios, such as teaching first responders how to identify and react to explosive chemical leaks. On the construction site, Pixo VR is now moving beyond falling to develop scenarios to help prevent the other three most deadly accidents on construction sites: electrocution, being struck by heavy objects and being caught between items.

The U.S. Air Force is now using VR simulators to enhance learning and cut the costs of pilot training, part of its Pilot Training Next program. On a recent trip back to Vance Air Force Base in Enid, OK, my son saw firsthand how $1,000 VIVE Pro headsets are augmenting the limited number of $4.5 million legacy simulators.

Once the seat, computer, software, display screens for instructors, stick, throttle and other equipment is factored in, each VR simulator costs around $15,000; a suite of 20 VR simulators in the “sim bay” can cost about $300,000.

The result: student pilots can get in a lot more training while waiting for time in a legacy simulator. “I flew the VR T-6 Texan II, and it was so realistic, I found myself reaching for switches that didn’t physically exist,” he says. “This setup is light years beyond the static cockpit mockup trainers we used to learn checklists and procedures when I was in pilot training.”

Companies like STRIVR and Pixo VR are proving that VR and AR are not just novel technologies. VR-based training is allowing workers to explore fully immersive, interactive 3D workspaces that dissolve the barrier between virtual and actual reality, enabling them to turn what could be fatal mistakes into learning opportunities. Gamification is improving performance, reducing errors and saving lives.

David Cohn has been using AutoCAD for more than 35 years and is the author of over a dozen books on AutoCAD. As senior content manager at 4D Technologies, he creates the CADLearning courses for AutoCAD and AutoCAD LT (www.cadlearning.com). He is a contributing editor to Digital Engineering, and also does consulting and technical writing from his home in Bellingham, WA. You can contact him at david@dscohn.com or visit dscohn.com. This article previously appeared in The Blast!, published by 4D Technologies for its CADLearning customers.