As vehicle design increases in complexity, so does simulation, allowing design teams to safely simulate designs before they become road-ready.

As vehicle design increases in complexity, so does simulation, allowing design teams to safely simulate designs before they become road-ready. 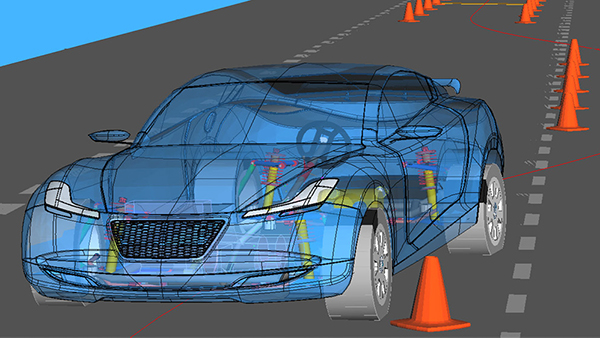 The potential for modeling and simulations is that every step from concept to final design release will be done virtually with larger quantities of higher quality information available than possible today, supported by robust decision analytics. Image courtesy of Dassault Systèmes. 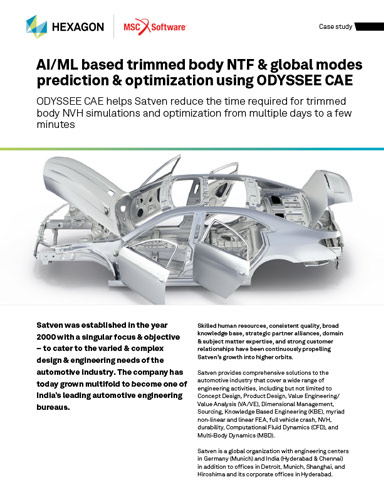 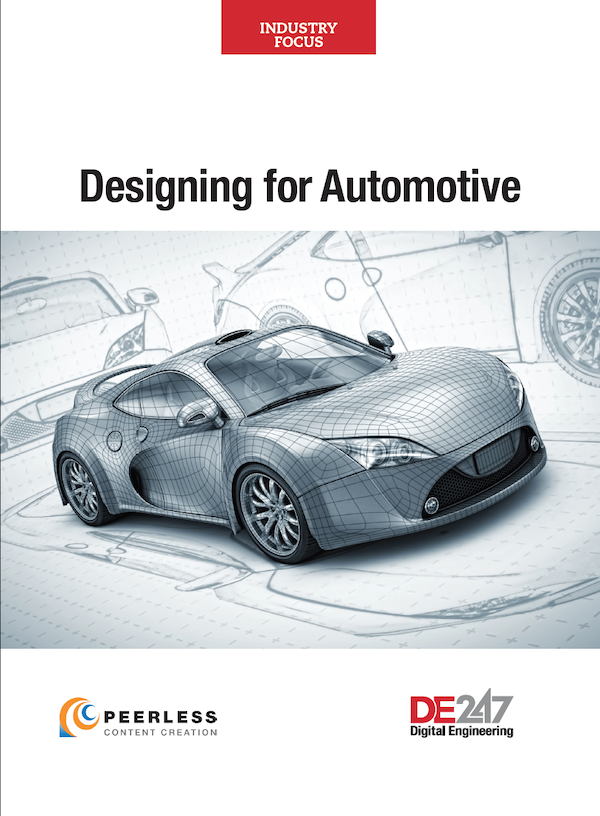 Special Industry Focus: Automotive
In This Special Focus Issue, we take a look at new innovations in automotive design.

When talking transportation and mobility, traditional automobiles are no longer the only focus. For innovators, an entirely new genre of autonomous vehicles (AVs) and smart vehicles incorporates new and advanced technologies.

Such technology trends include AVs, connected vehicles, smart infrastructure and new types of mobility applications that are disrupting the automotive sectors in unprecedented ways.

As such technologies become more complex, engineering design teams turn to simulation solutions during the design and development process to incorporate mechanical, flow, electrical and sensor simulations—and do so in ways that can help predict performance of self-driving and electric vehicles made of new materials, as well as incorporate data collected from sensors and connected vehicles.

Win on Sunday, Sell on Monday

An automobile, in any form, is a complex assembly of systems, parts and technology. To interweave all parts of an automotive design is a challenge.

“A maxim in the auto industry is ‘win on Sunday, sell on Monday,’” says Ed Tate, senior director, SIMULIA, Transportation and Mobility Industry Processes, Dassault Systèmes. “The auto industry has always been about speed, especially the speed of getting to market. But getting the most complex consumer product into production is a tough job.

OEMs and suppliers will collaborate more securely on concepts, detailed models and multiphysics simulations to develop and integrate the best components. Image courtesy of Dassault Systèmes.

“An automaker needs to integrate tens of thousands of parts with millions of lines of code while satisfying thousands of regulations to make a car that operates for decades in the harshest environments on earth,” Tate adds. “Thirty years ago, it was common to take four years to go from concept to production.”

Today, Tate says, most automakers get to market in under two years.

“Amazingly, even though cars are increasing in complexity, they are objectively more efficient, durable, clean and subjectively better looking and fun. This improvement is possible because designers and engineers can escape the tyranny of physical prototypes that previously drove development schedules,” Tate says.

Tate says that an ability to work at the scale and complexity of a full vehicle enables design and engineering teams to collaborate on simulation models. He points out that Dassault’s computational fluid dynamics (CFD) solutions enable designers and engineers to “talk the same language so they can find beautiful and efficient car shapes without clay or wind tunnels.”

Simulation is an exploratory space for vehicle design and simulation.

“The benefits of simulation are widespread,” says Catherine Neubauer, research psychologist and lecturer in the Master of Science in Applied Psychology Program at the University of Southern California and the Army Research Lab, in Fort Lauderdale, FL.

“I for one like to utilize simulated driving scenarios for several reasons mainly because they’re contexts that can reproduce cognitive and emotional states—stress and fatigue—that we wish to study,” Neubauer adds. “Additionally, simulated technologies, such as driving simulators, can implement, then test new technologies in a safe space. In other words, we’re able to use simulation to test various human responses and behaviors such as reaction time, lane-keeping and other important performance responses all while in a safe environment. There is essentially no risk to the human driver.”

Simulation ultimately provides options. “The key benefit of simulation is improving the number of design options engineers can explore,” says Tate. “The more design options evaluated and understood the better the fit and function can be refined between the limits of physics and the demands of the customer.”

Mike Bartels is the director of marketing research and user experience with Tobii Pro headquartered in Stockholm, Sweden, and with offices in Reston, VA. Tobii’s eye-tracking technology has been used by some of the biggest auto manufacturers in the world, such as Toyota, Nissan and Honda to help understand driver attention and vehicle design. While much of their research takes place in the real world, their technology is also simulated as testing prototypes that are not yet road-ready.

“With most consumer products, a cluttered design or poor usability does not run the risk of resulting in death,” says Bartels. “Automobiles are an exception to that rule. Every second spent fiddling with the stereo or adjusting the AC [air-conditioning] is a second that the driver is not looking at the road. This, automotive companies take very seriously—the need to study the behavior of drivers in a safe way.

“Simulation provides a consequences-free environment to test and retest every innovation before it goes to market,” Bartels adds. “As the fidelity of simulators and the accuracy of attention measurement tools improves, automotive manufacturers have more insight into the relationship between design, experience and safety than ever before.”

The use of modeling and simulation software for engineering design in our present environment has its challenges, however. 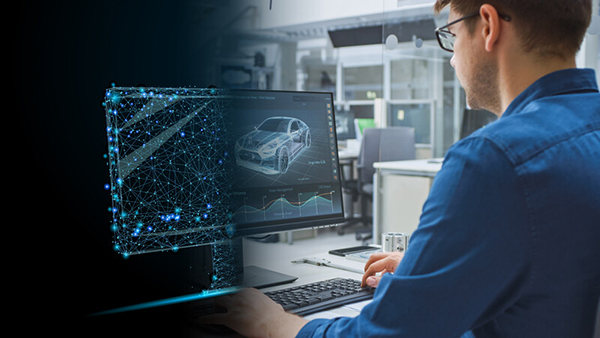 Virtual testing validates designs at lower costs, and more rapidly than older validation methods. This frees up staff hours and enables manufacturers to focus more on design and production instead of prototyping and testing for validation. Image courtesy of MSC Software.

“The challenge is making engineers and designers comfortable with using new technology to enhance the design and engineering processes,” says Roger Assaker, CEO of MSC Software, which is part of Hexagon’s Manufacturing Intelligence division. “The tools need to be accurate, easy to use and very efficient. In addition, people have traditionally worked in silos, working on specific physics with less familiarity of multiphysics coupling to solve complex real-world problems.

The challenge of simulation presents risk. However, with risk, there’s reward. Such reward shows some of the biggest benefits of simulation in vehicle design.

“One of the biggest benefits has been to cut development lead times,” says Peter Fintl, director, technology and innovation at Capgemini Engineering. “Thanks to novel engineering methodologies like virtual development and digital twins and the extensive use of simulation, development lead times for new vehicles have been cut from 45-plus months to around 20-plus months. Those dramatic gains in development efficiency must be seen in the context of a significant rise in vehicle complexity and legislative demands as well as growing quality requirements.”

Fintl adds that another major benefit more recently has been the ability for original equipment manufacturers (OEMs) developing self-driving cars to simulate the driving of miles in cars to test different traffic or weather conditions. Fintl emphasizes that no OEM can afford to drive real cars for so long and experience so many different conditions.

In the future, engineering teams will get smaller. “The development cycle will get faster,” Dassault’s Tate says. “To squeeze more performance from their products, OEMs and suppliers will collaborate more closely and more securely on concepts, detailed models and multiphysics simulations so they can develop the best components and integrate them as expected into the best performing, faster than previously possible.” 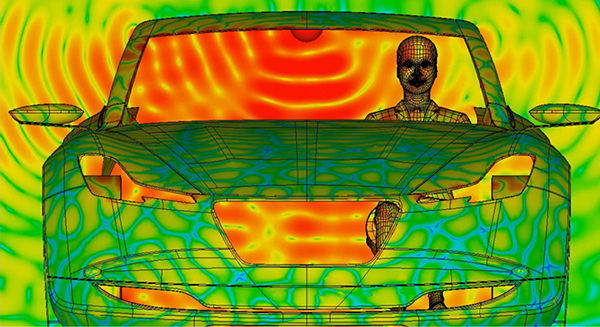 Though cars are increasing in complexity, they are objectively more efficient, durable, clean, and subjectively better looking and fun. Image courtesy of Dassault Systèmes.

He emphasizes that modeling, simulation and other support technologies will enable all of this. Simulation enables replacement of routine decisions with machine decisions, which frees up time. Simulation can provide insight into what happens in a vehicle in a way that is not possible with physical testing.

“With physical testing, an engineer can only see the physics of an electromagnetic wave, stress, pressure or any number of invisible quantities, in relation to specifically placed test sensors, or using their imagination tempered by a lifetime of experience and the limited data available from instrumented tests,” says Tate. “With accurate simulation, the designer, engineer and executive can all see everything in the model. Realistic images and animations, allow them to share the results with all stakeholders, speak a common language, gain detailed insights and collaborate on improving a design.”

Tate adds that the potential for modeling and simulations is that every step from concept to final design release will be done virtually with larger quantities of higher quality information available than possible today, supported by robust decision analytics. Every engineer will have on their desk the whole world to test and prove their designs.

“Inventiveness is trapped behind the expense and time of physical testing with limited prototypes in expensive and exotic locations,” he says. “Modeling and simulation will continue to unleash pent up creativity and accelerate learning to help improve vehicles further. We are at an early phase in this process, but the effects are already evident. Smaller development teams are proving that they can develop more complex vehicles in less time. Yet, there is much more to come.” 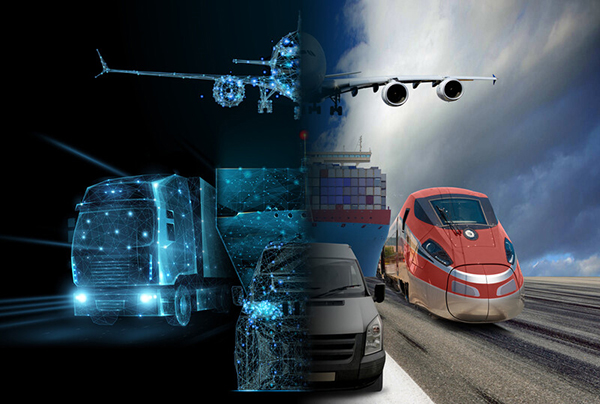 Tools need to be accurate, easy to use and very efficient. In addition, people have traditionally worked in silos, working on specific physics with less familiarity of multiphysics coupling to solve complex real-world problems. Image courtesy of MSC Software.

Nowadays, says Maurice Liddell, principal and senior client executive at BDO Digital, many things are simulated. This includes vehicle components as well as the entire vehicle-based on design and material specifications.

“This approach further shortens the product development lifecycle, as design changes can be tested almost instantaneously, thus providing a model-validated design prior to prototype development,” says Liddell. “With the advancements in technology and application to vehicles simulation is even more valuable to validate software logic for safety, performance and efficiency. As auto manufacturers increasingly look to build these new vehicles, they’re investing in technology like AI and machine learning and virtual and augmented reality to properly simulate real-world conditions for AVs and [electric vehicles] EVs.”

Jim Romeo is a freelance writer based in Chesapeake, VA. Send e-mail about this article to DE-Editors@digitaleng.news.